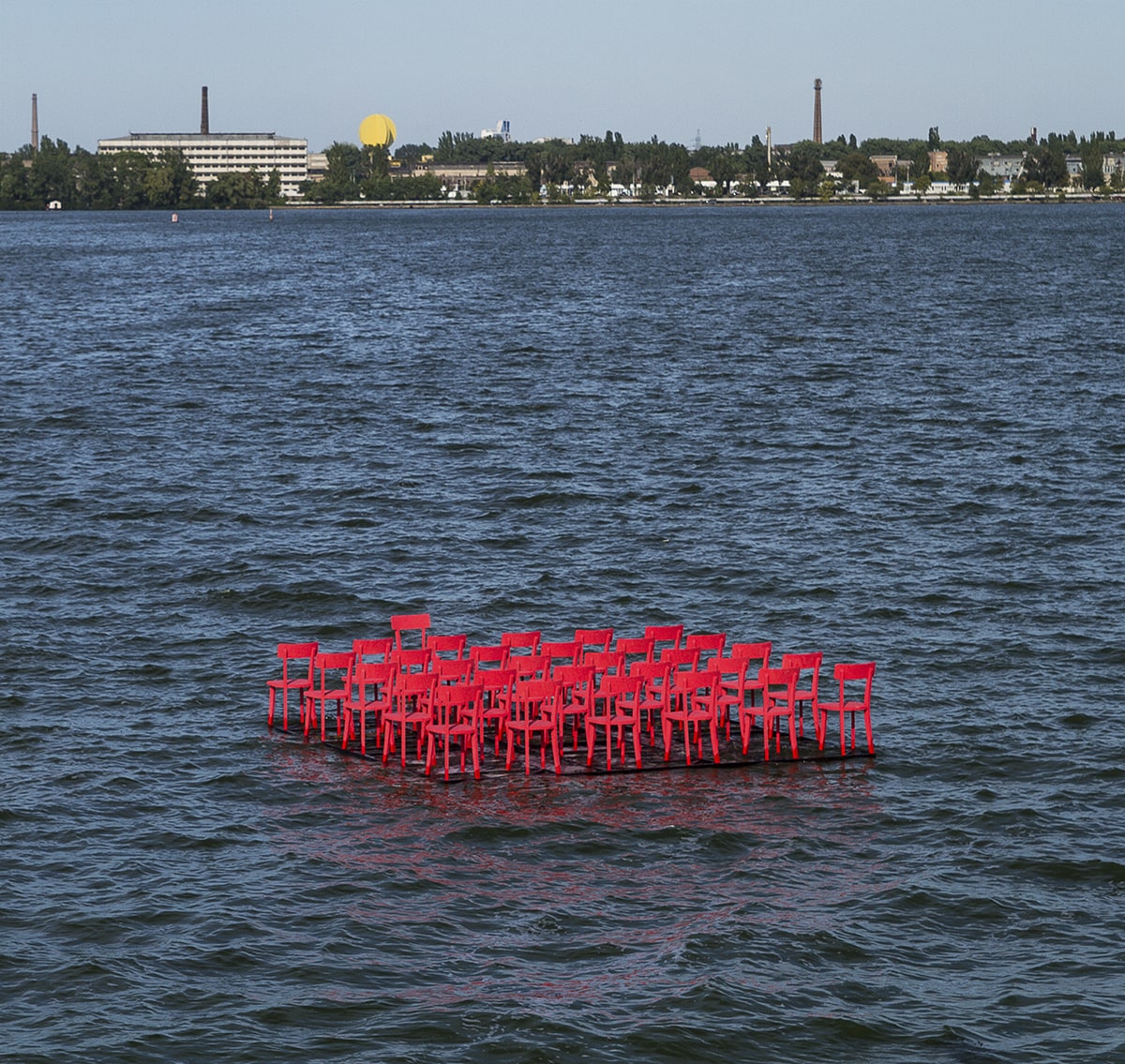 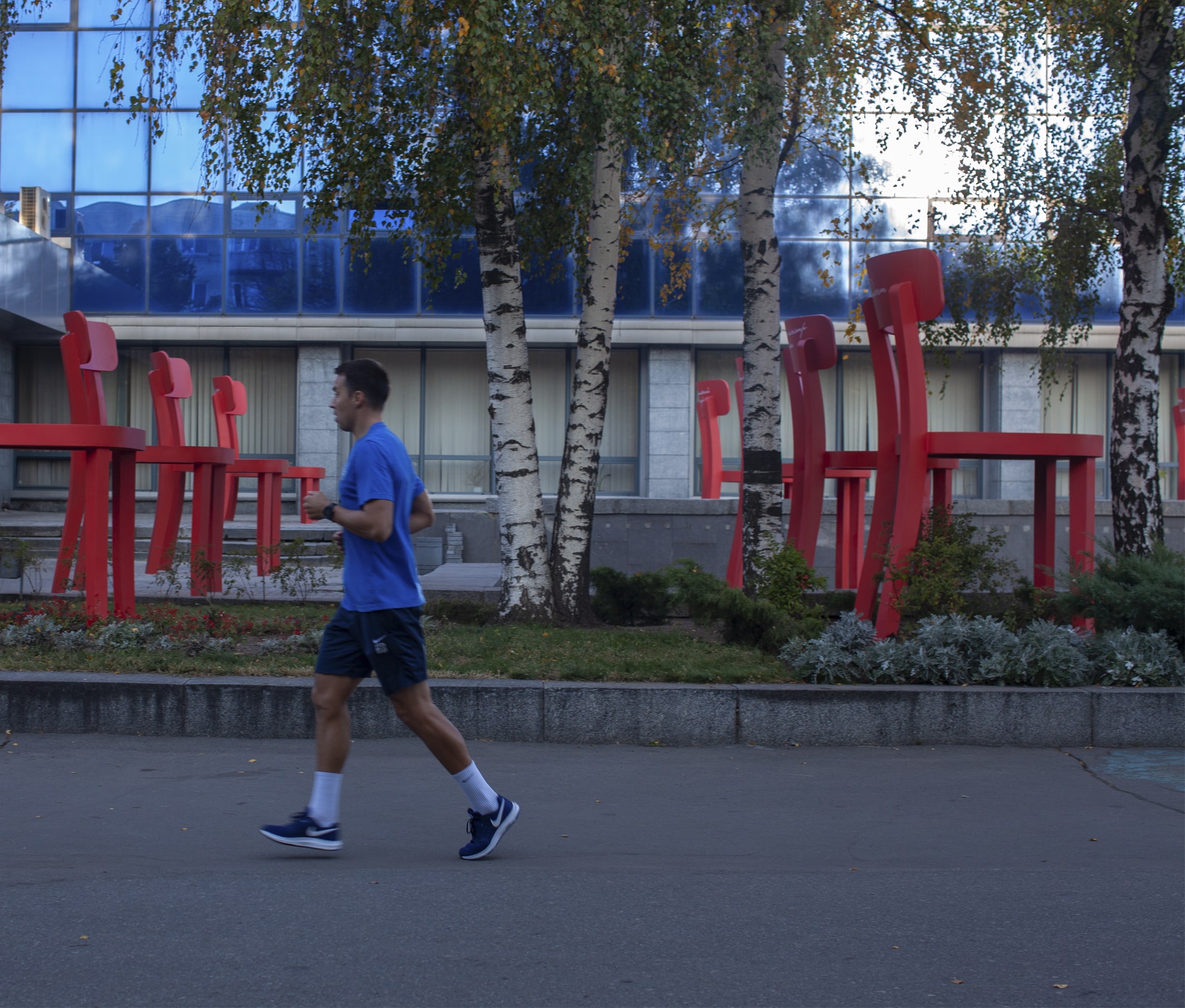 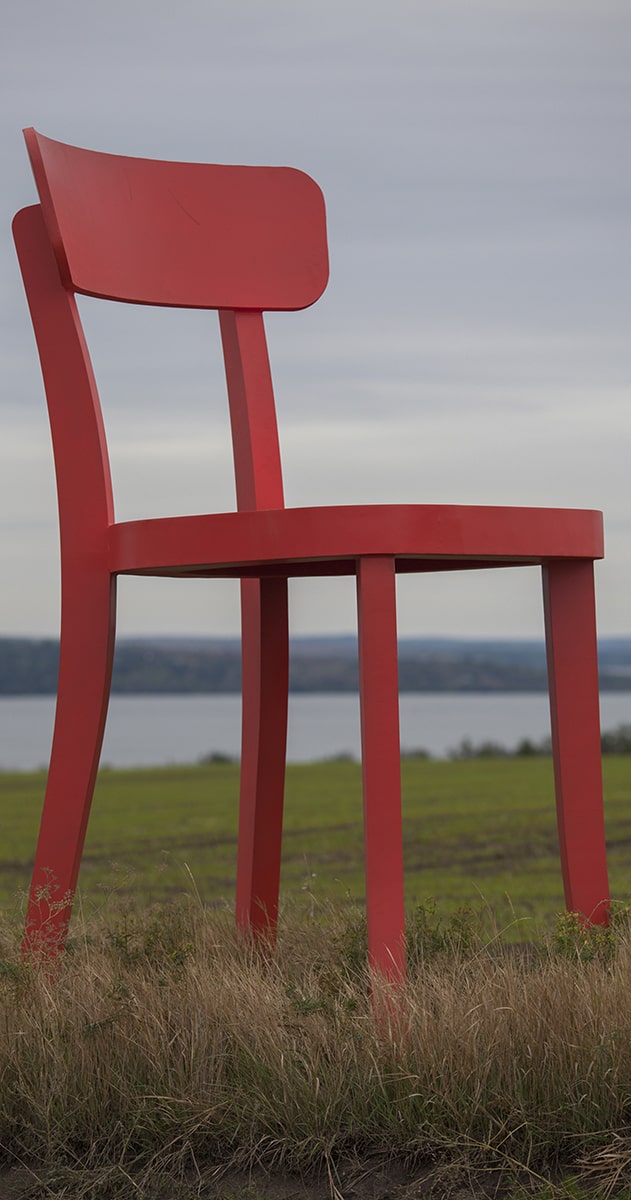 city: Dnipro, Ukraine
function: art installation
area: 600 m²
material: metal, stainless steel
status: implemented
author: Mykyta Shalennyi
photo: Oleksandr Svitlovskyi
‍
The lecture hall is a modern interactive installation. Its objectives are as follows:
○ To shape a creative space around the university.
○ To popularize university as the institute with modern views, open to new ideas.
○ To create a facility that would actively interact with the visitors, you can climb the chairs, take pictures, just sit, or hide under them from the sun in summer.
○ To change the boring and strict landscape of the avenue.
‍
History

It all started in the summer of 2015. Strange art objects started appearing in the city of Dnipro all of a sudden. There were compositions made of red chairs standing in rows and resembling a lecture hall by their form. A lecturer’s chair was standing against those rows.All in all, there were three campaigns like that — the first one was located on the façade of the “Artswit” gallery, the second one — on the roof of the “Kvartyra” art centre, and the third one was put out to water from the festival pier.Later, in the autumn of that same year, when the project was already presented in the ART ARSENAL (the city of Kyiv), within the Dialogia project, it came to be known that this was the campaign organized by artist Mykyta Shalennyi, telling about the difficulties in the perception of new ideas and senses by the society. The perception and response of the majority, starting with young people and up to adults.

It is symbolic that such extreme location of the “lecture hall” as, for example, along the vertical wall of the building, at the height of seven metres, and amidst that Dnipro fairway, meant that it was impossible to take your seat in the lecture hall. That is related to the lack of command of the universal language and basic notional system for perceiving new information. The same sense technique was repeated in the “Lecture Hall” located in front of the building of Dnipro Oles Honchar National University. The spectator has to take pains to take his/her place in the lecture room and to get an opportunity to perceive new information and participate in the modern dialogue on equal terms. The main special feature of the lecture hall located in the university campus is its interactive nature — the author’s willingness to engage all those around in the interaction with the installation. 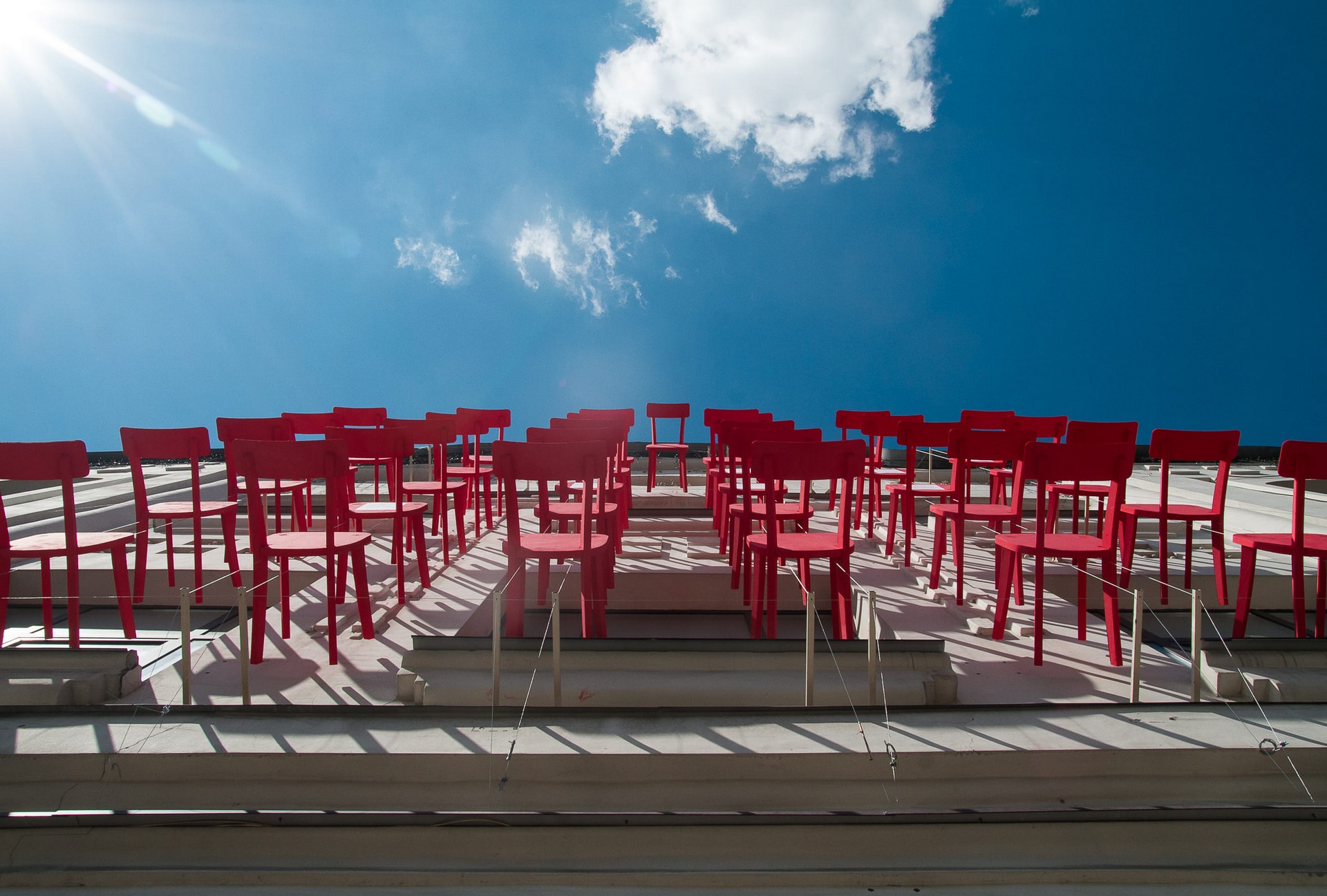 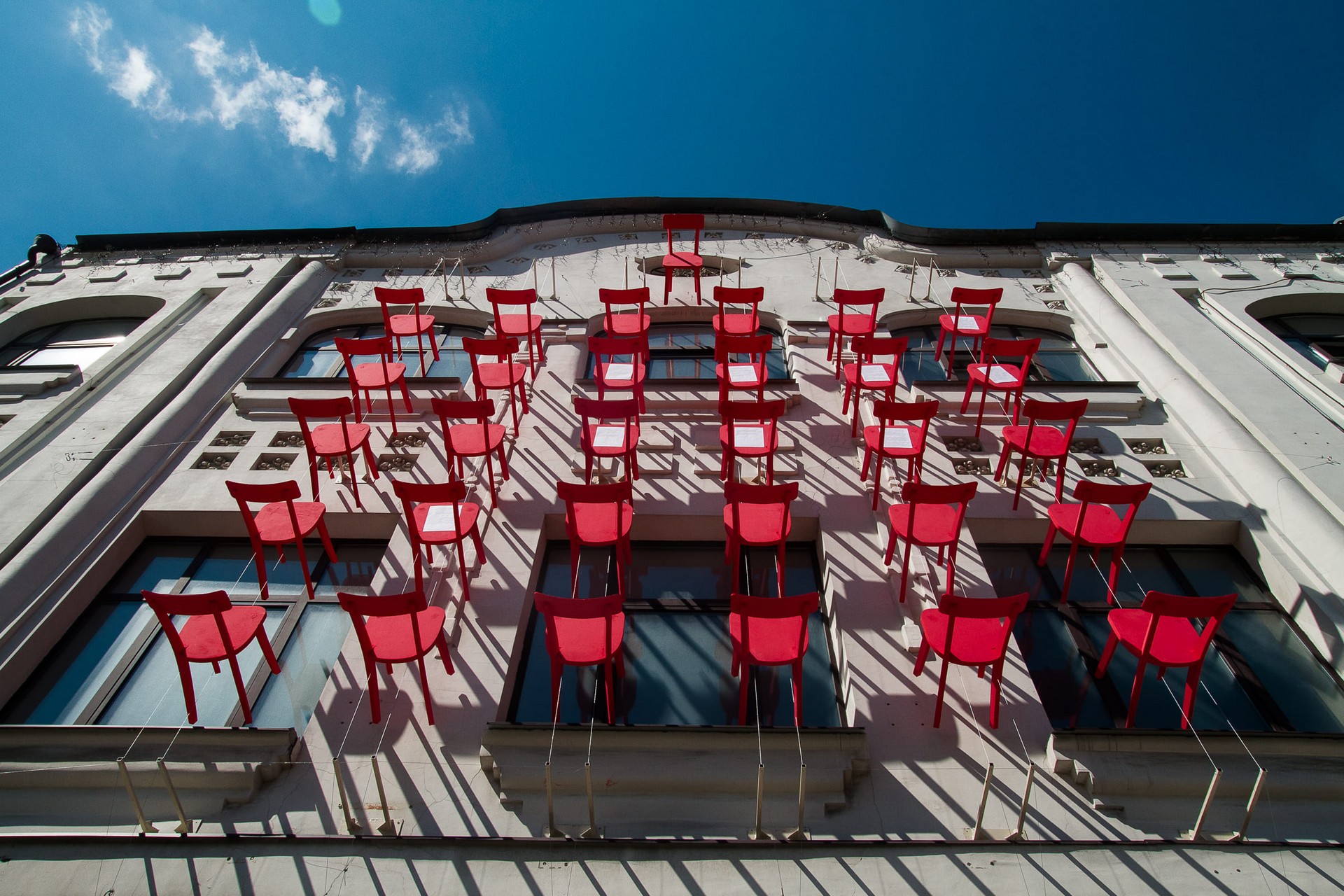 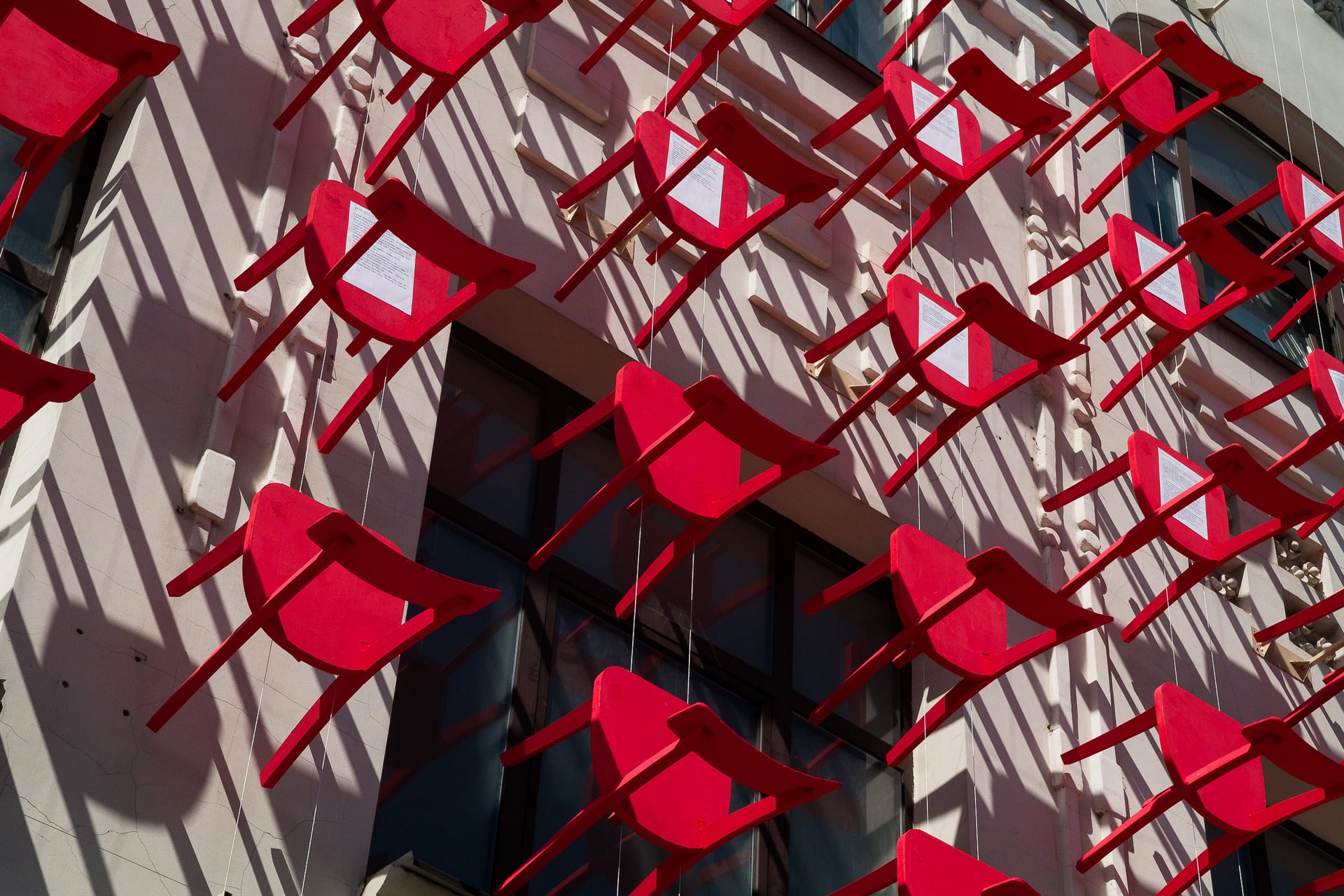 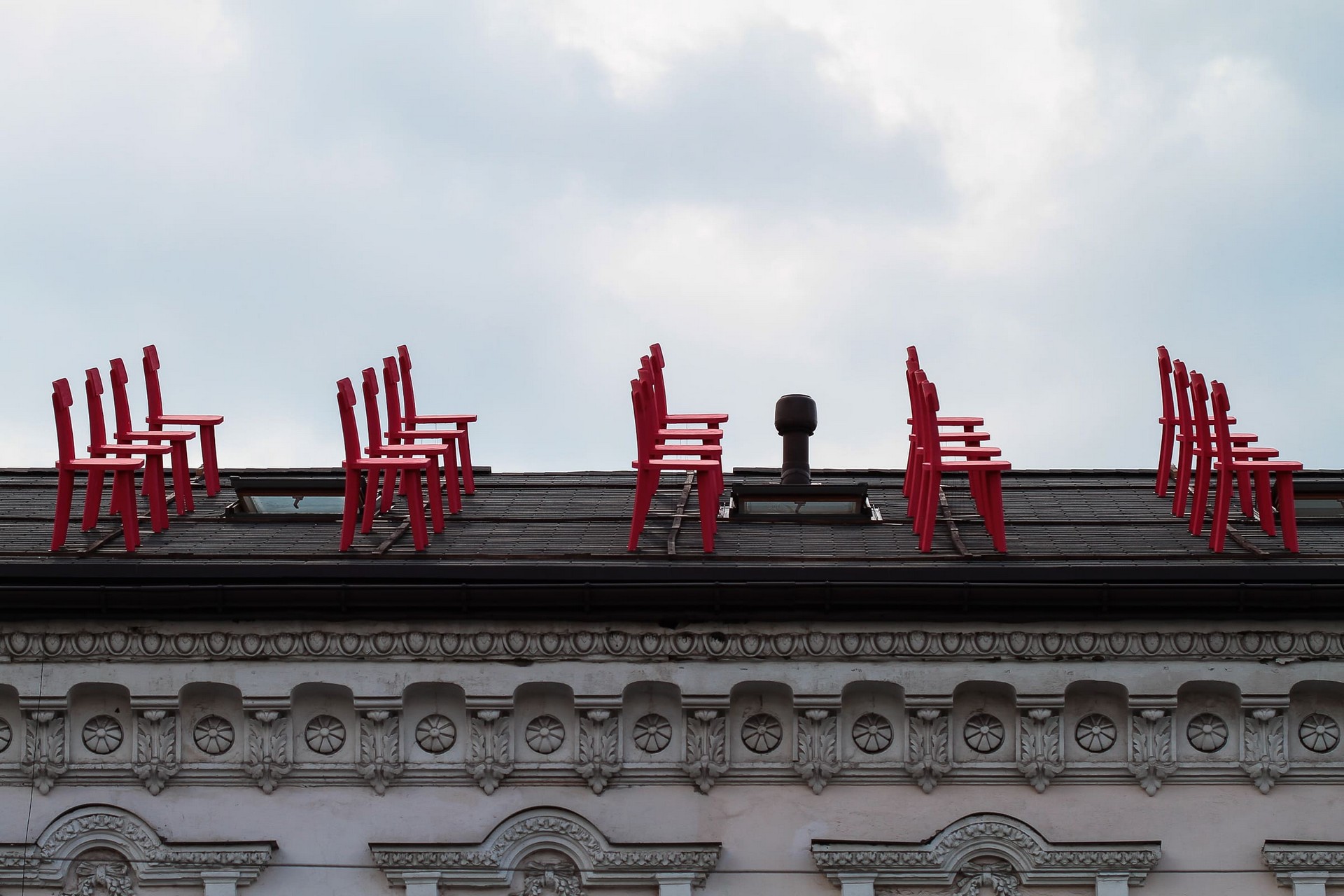 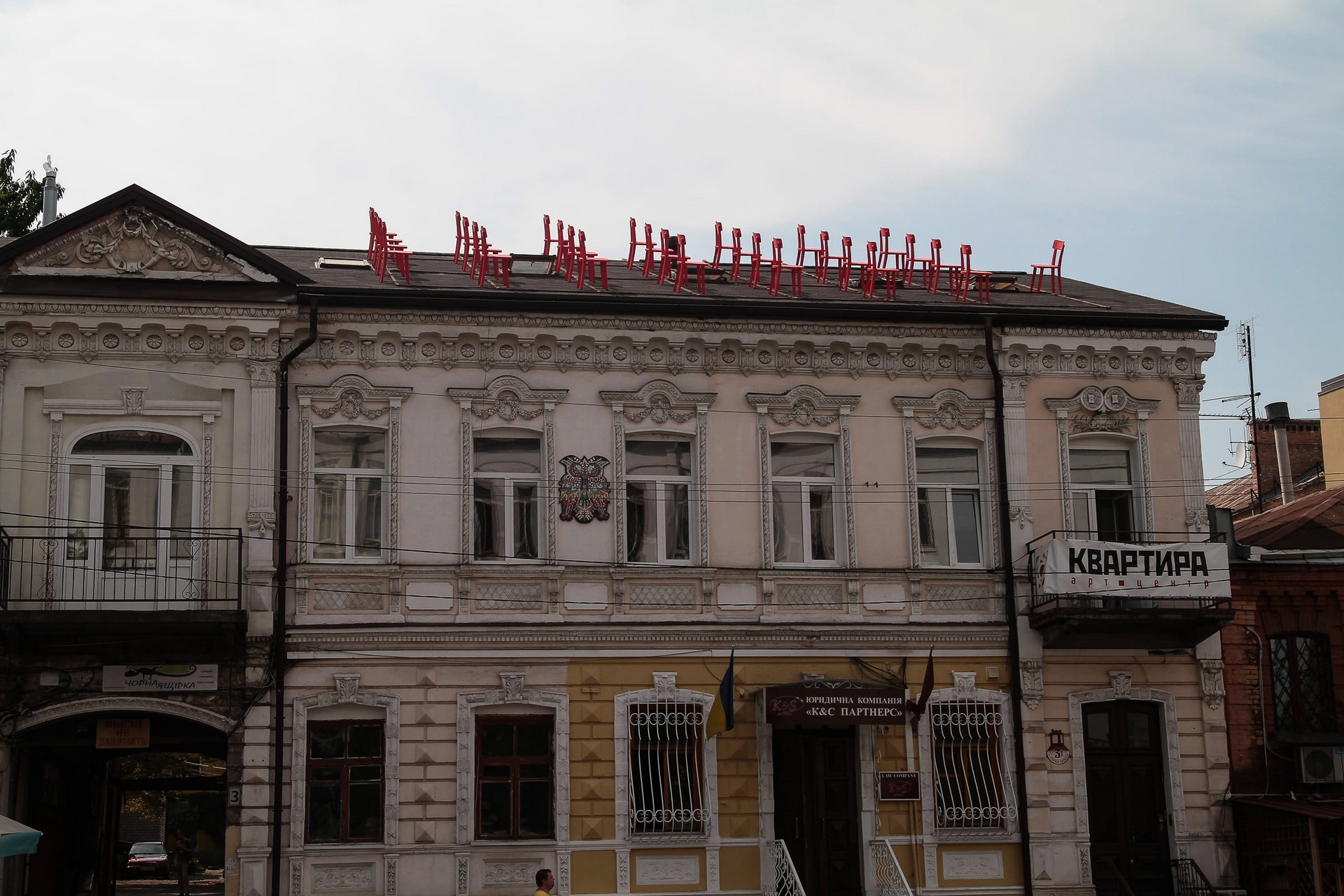 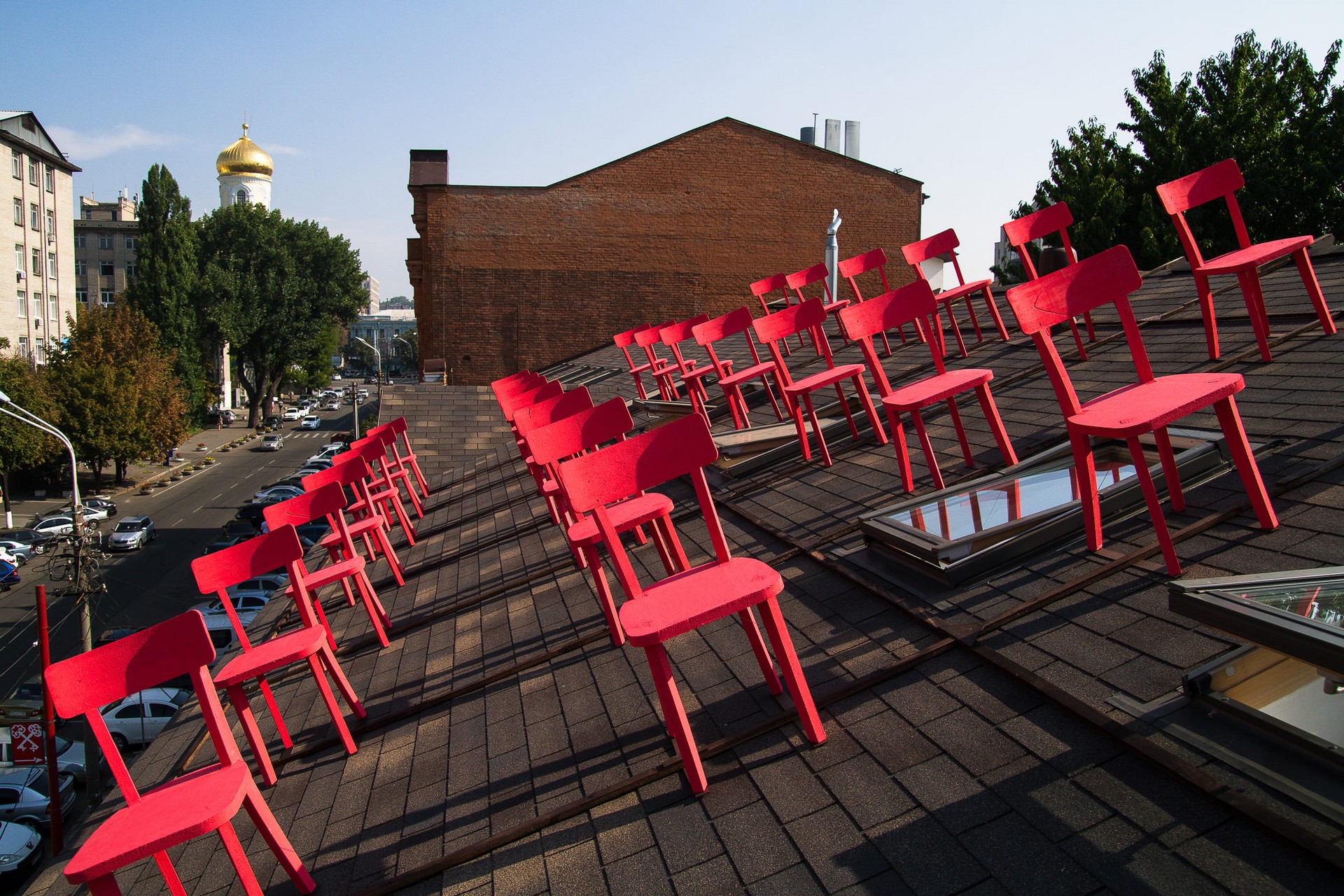 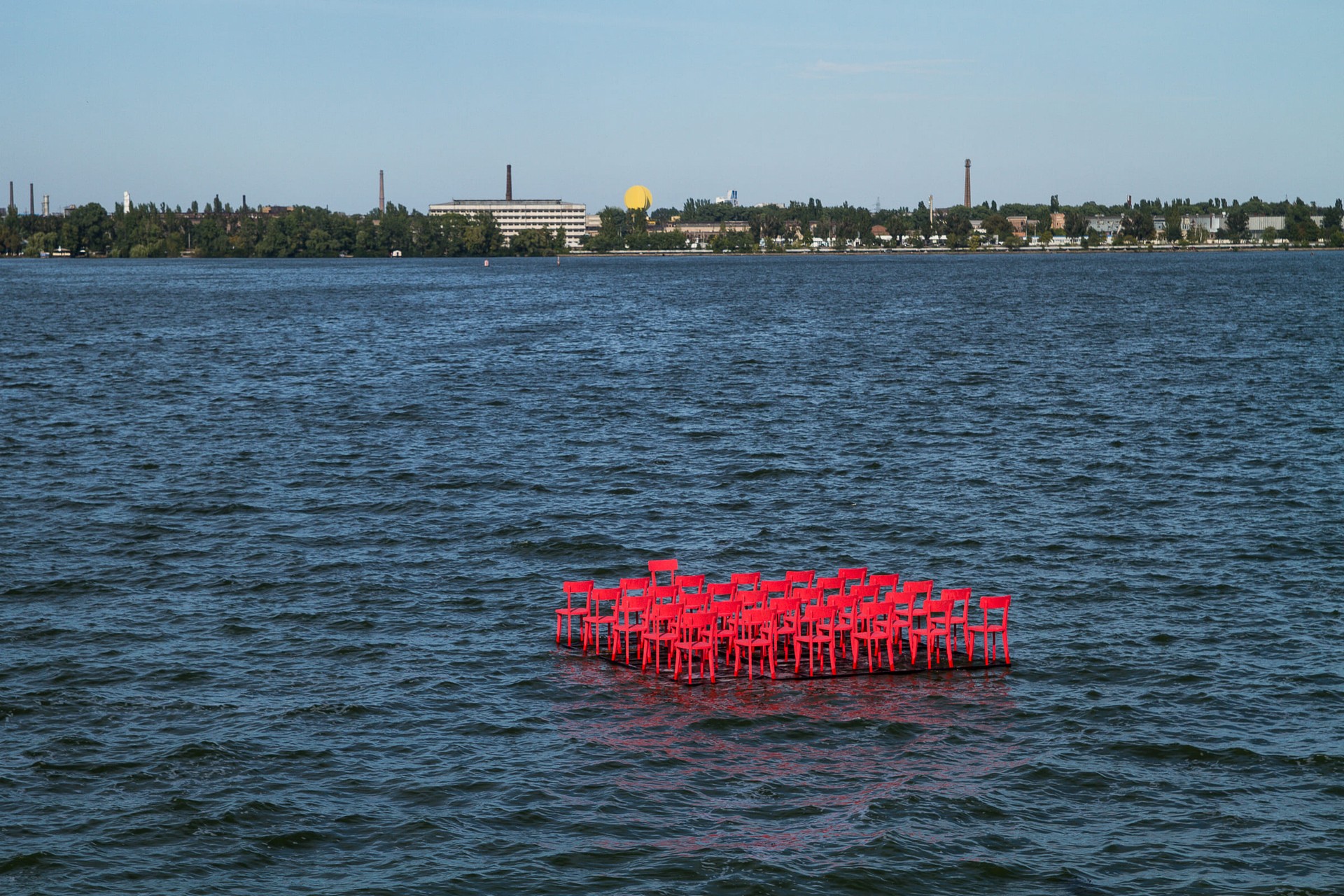 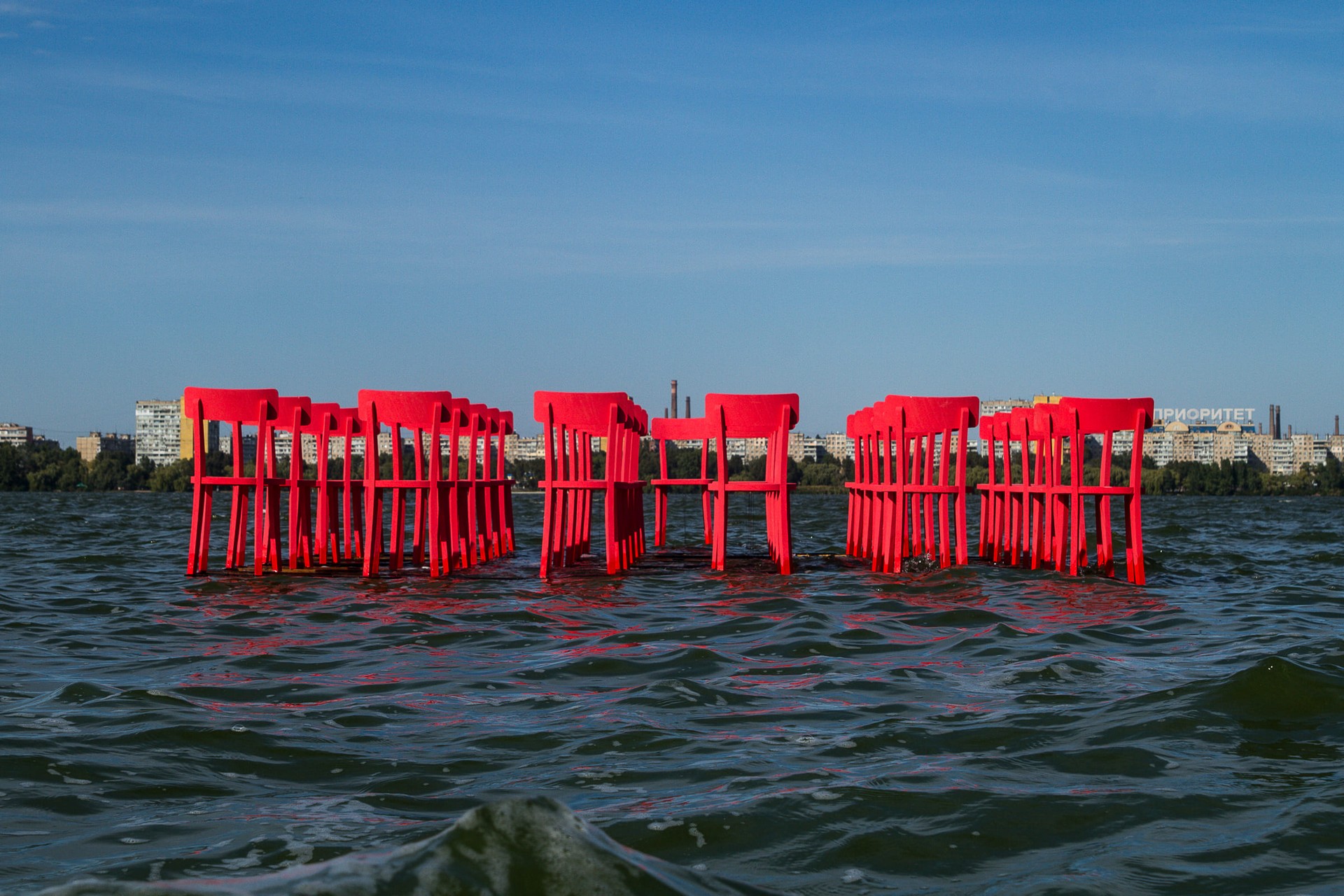 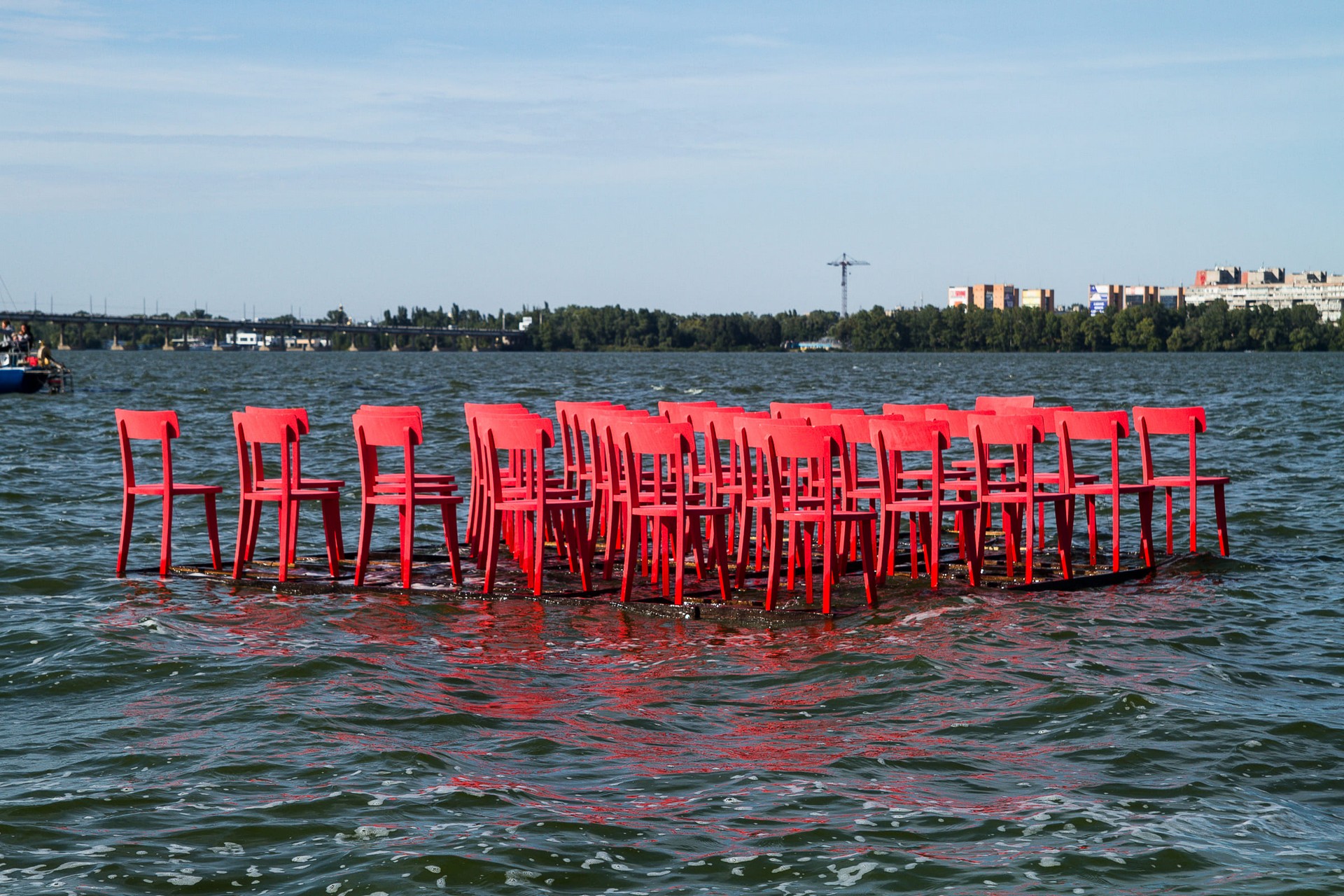 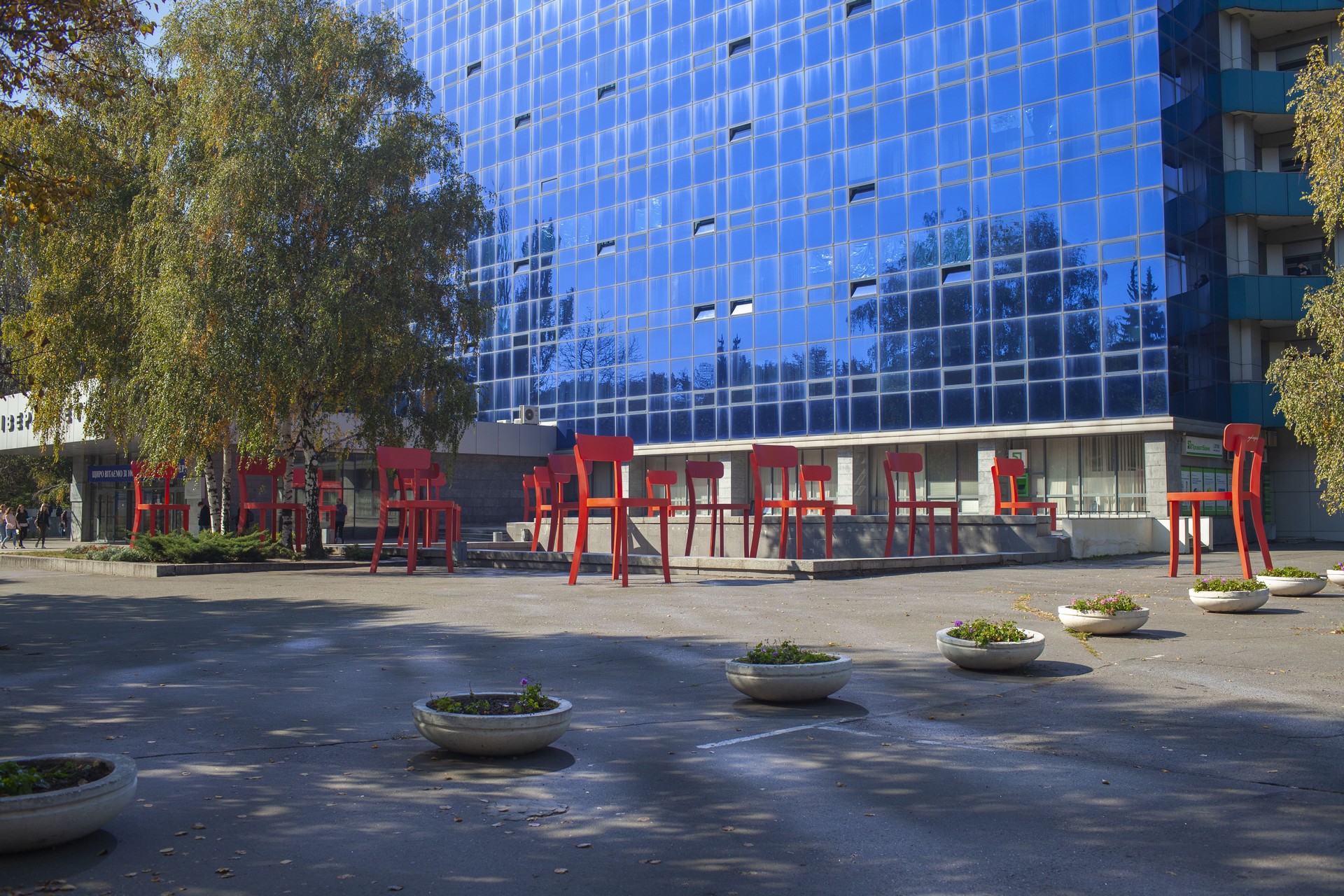 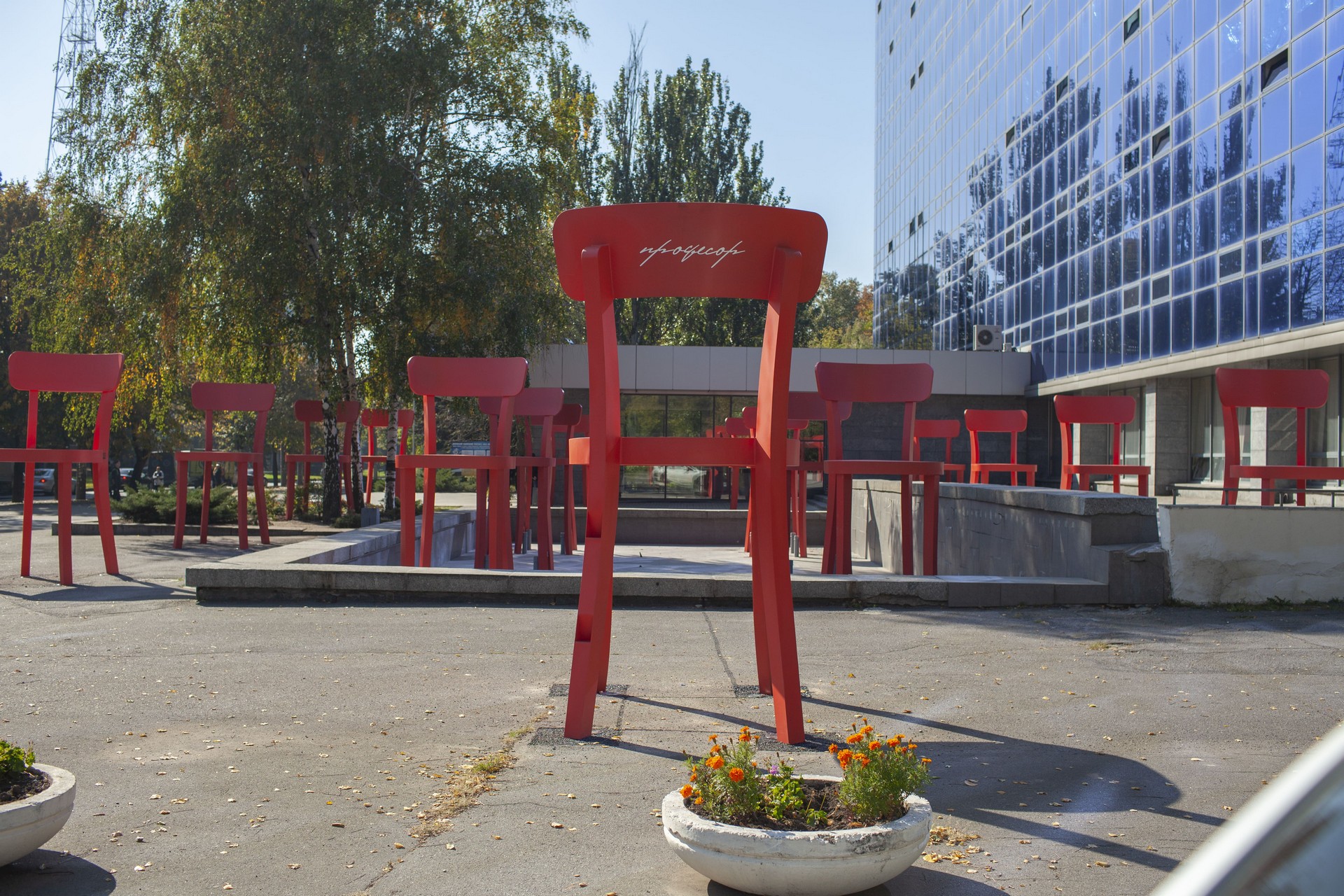 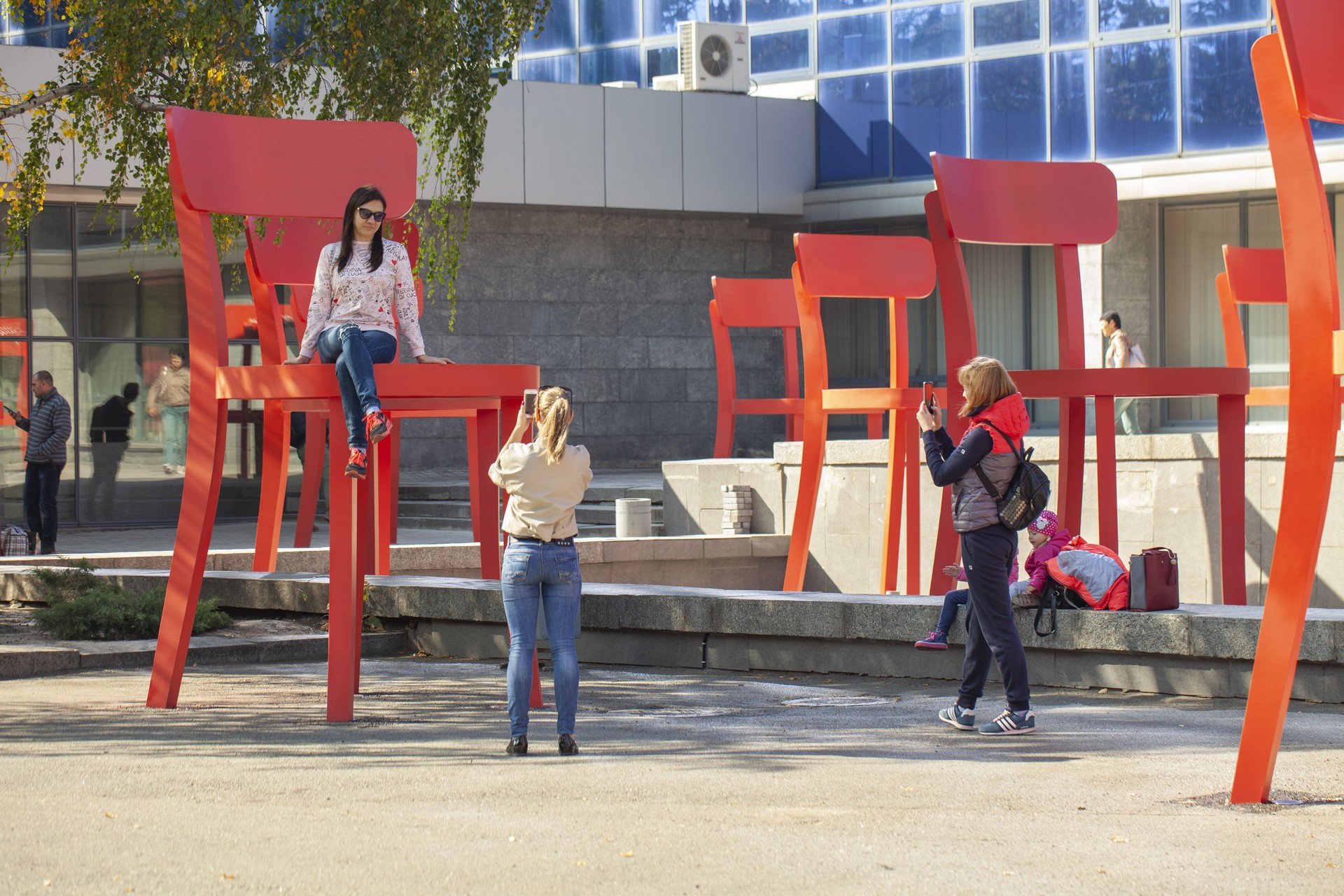 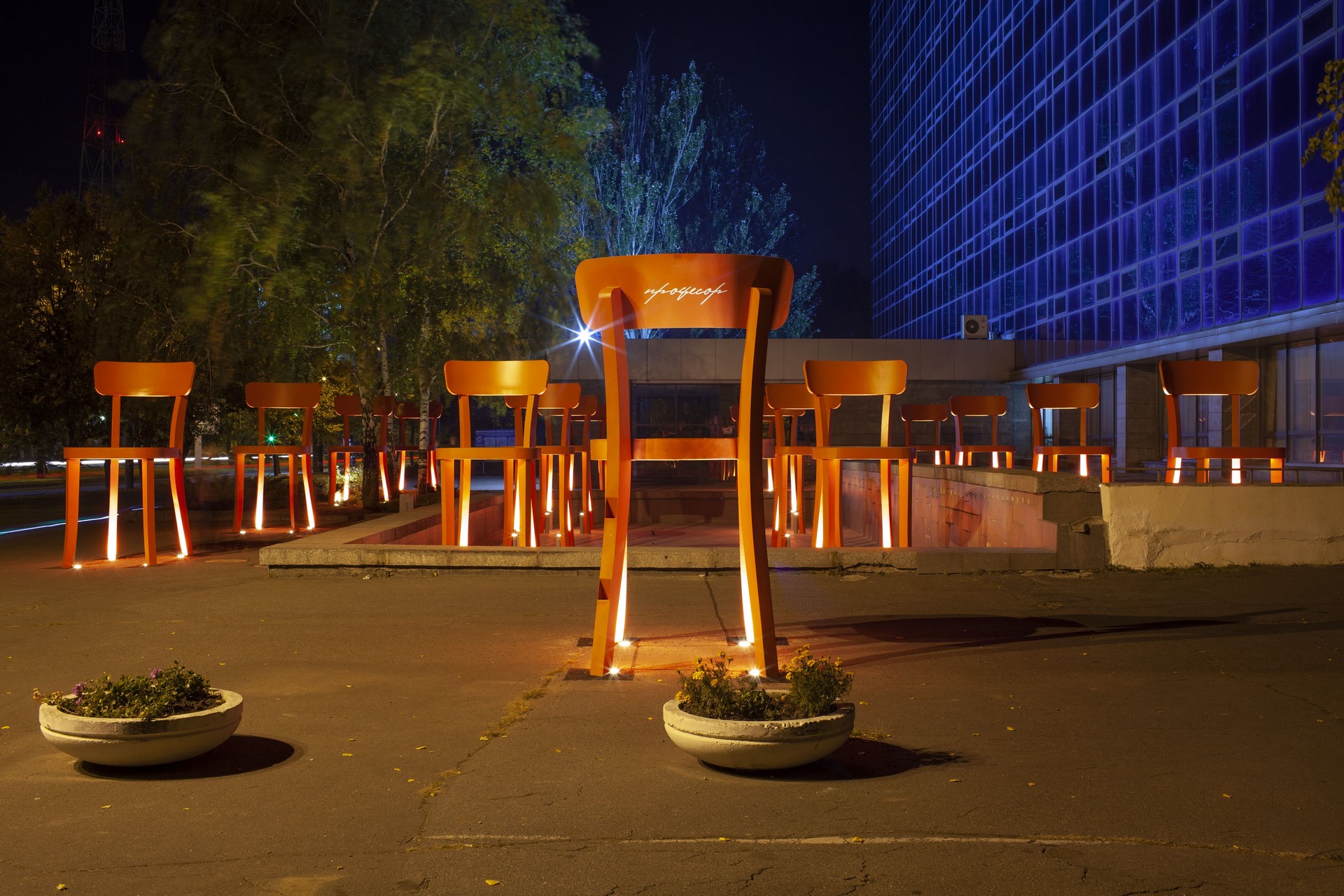 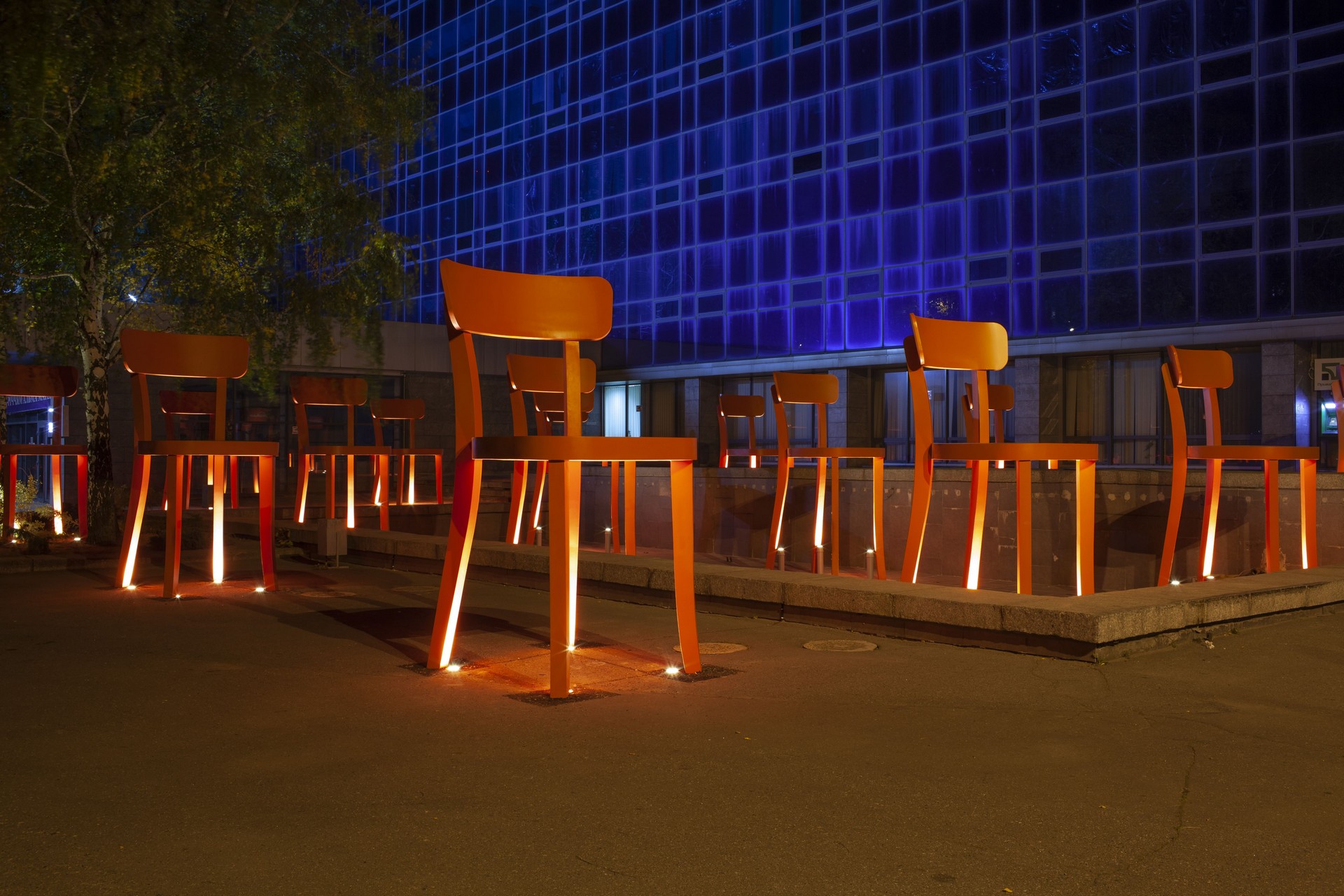 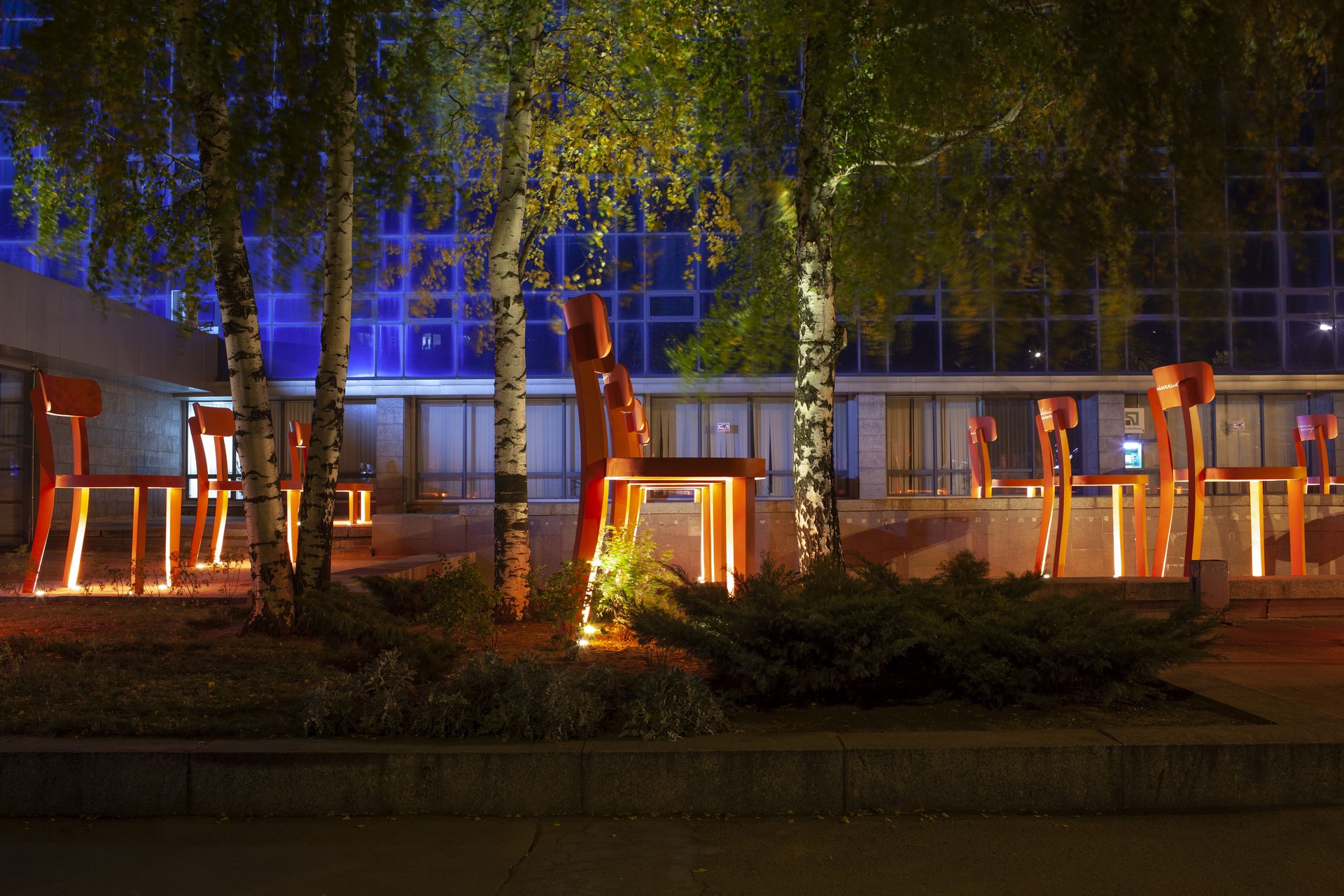 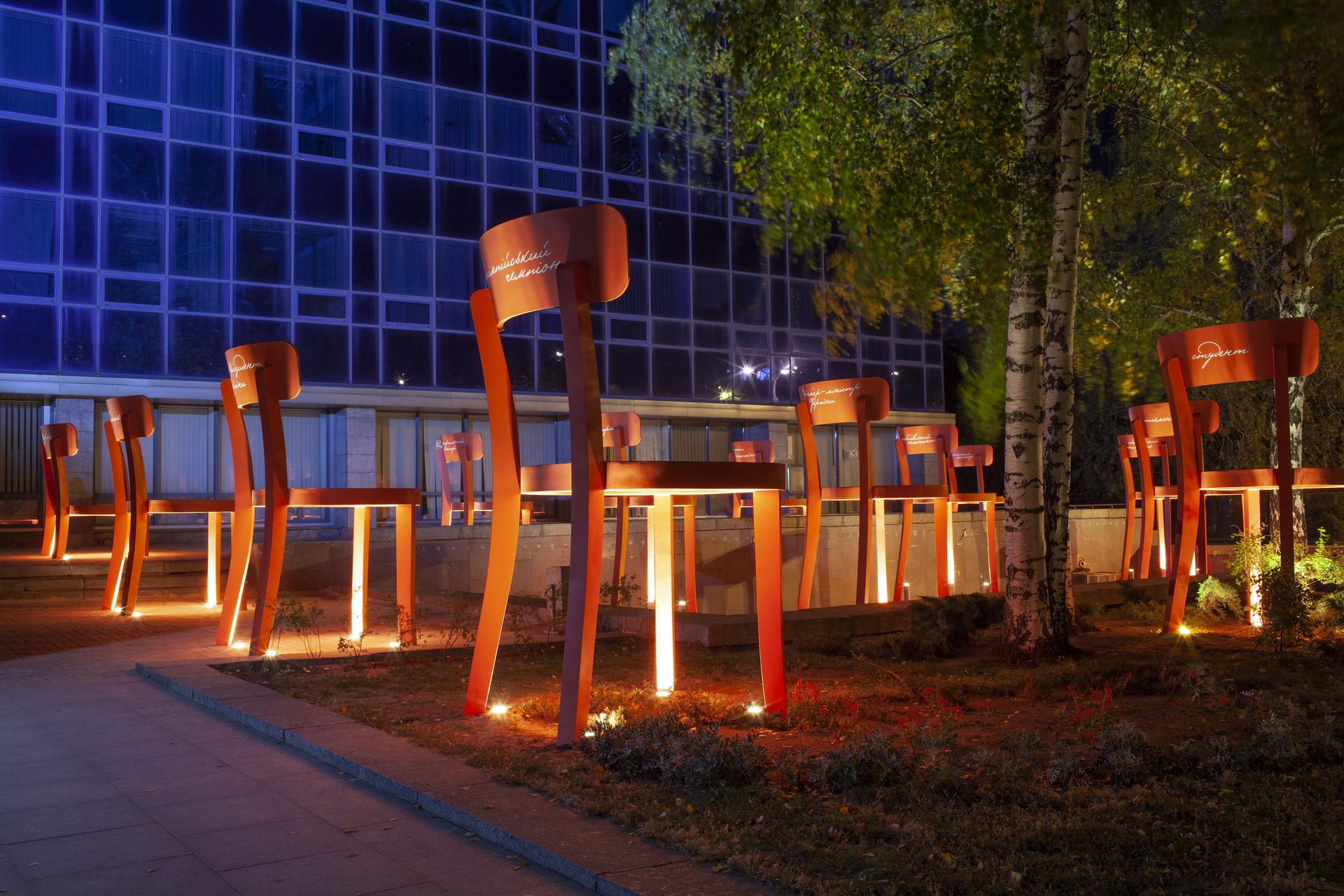